The second coconut cookoff was held at Tim D's lovely Vancouver special near Trout Lake, on the 24th of March. It was a strangely warm and sunny evening, and we all enjoyed the extra bit of daylight with our food and homebrew. Oh, & an advance warning: for some reason this cookoff had even more obscene dish names than usual. 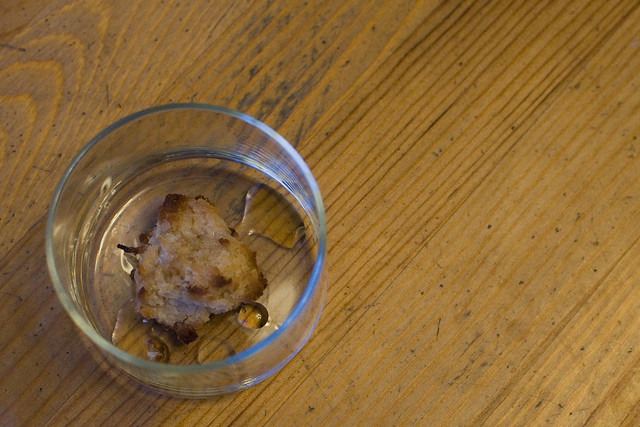 Steph: "coc-balls" coconut milk/oil/flour/shreds in a macaroon, with a maple syrup glaze 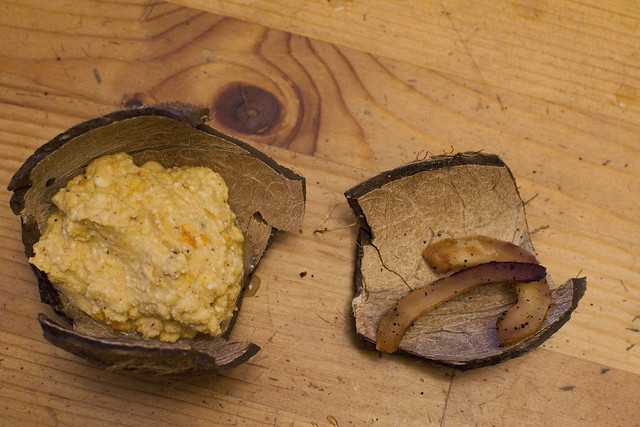 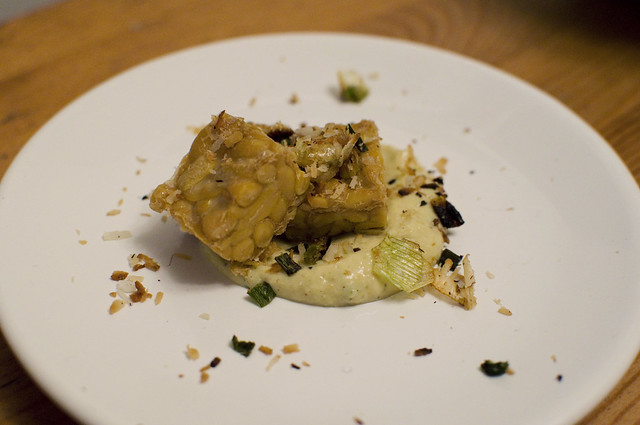 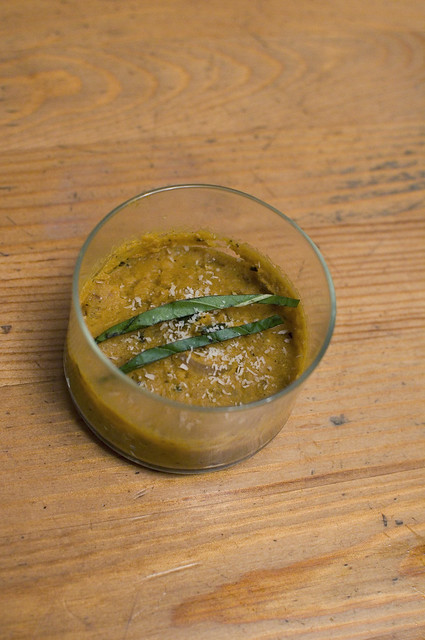 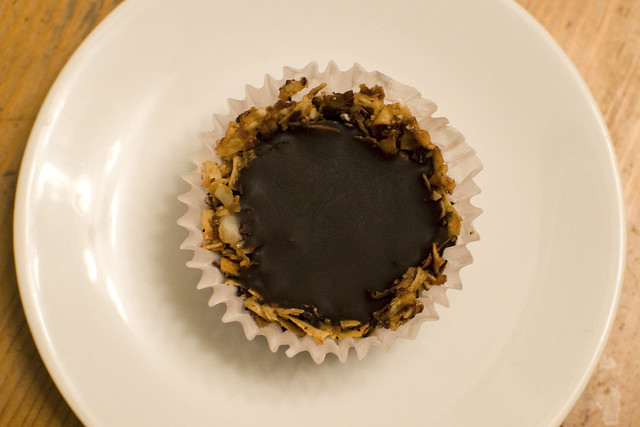 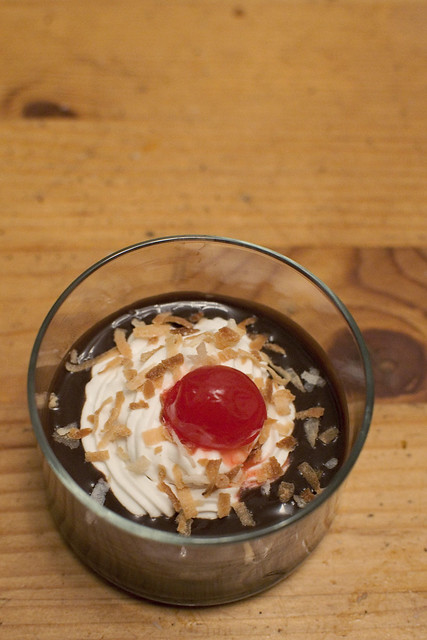 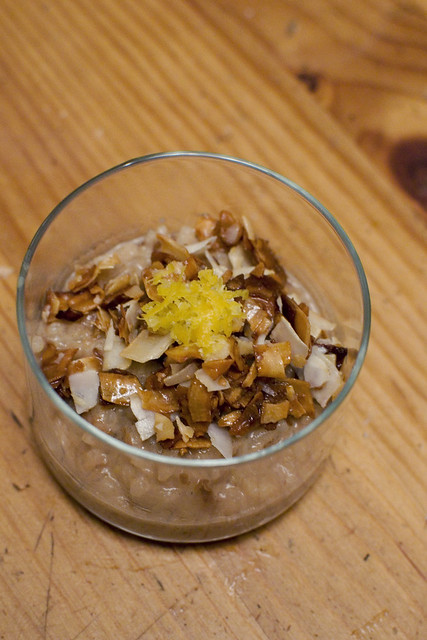 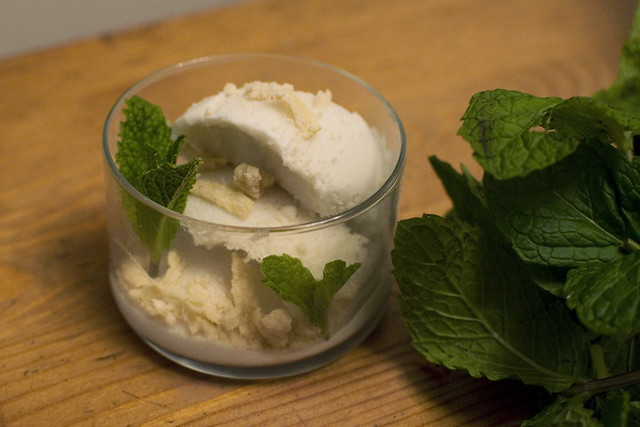 Selena competed for the first time. Also in attendance were Dan, Sarah, Laryssa, and another Nick.
*Amanda regarded this as the worst thing she'd ever made, and served it anyway because it took so long to make. Many of us agreed, though we did admire her effort in splitting the coconut husks.

Posted by Gun Street Girl at 2:30 PM No comments: